Perestroika #42 (finale): Russia 5. Our series with works that came to be during restructuring (perestroika) and collapse (‘destroyka’) by the communism in Eastern Europe, is in its birthplace Russia today for the fifth and final time.

Cello player Natalja Goetman performs as a soloist in the Concerto ‘della Passione’ for cello and orchestra of Joeri Falik, who was born in 1936 in Odessa (both of them can be seen in the first picture). Falik regards the parts, named after the requiem, as “symbols in our spiritual existence for faith, despair, remorse and hope; concepts with a universal essence which formed the base for many great works of art”. 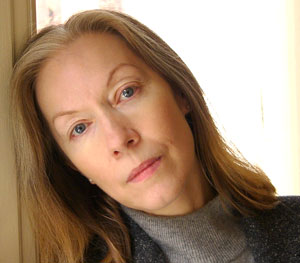 Alla Pavlova (picture on the right) was born on 13 July 1952 in Vinnitsa, Ukraine. In 1961 she and her family moved to Moscow, where she studied at the Ippolitov-Ivanov Music Institute and the Gnesin Music Academy. In 1990 she moved to New York. Her first symphony from 1994 is titled ‘Farewell, Russia’.
And with that we come to the end of our final part of ‘Perestroika’, our series with works that came to be during restructuring (perestroika) and collapse (‘destroyka’) by the communism in Eastern Europe.
1. Joeri Aleksandrovitsj Falik (born Odessa 30 July 1936).
Concerto della Passione for cello and orchestra (1988): Lacrimosa – Dies irae – Libera me – Lux aeterna.
Natalja Goetman (Натaлья Григoрьевна Гyтман, born 14 November 1942), cello, Petersburgs Philharmonisch Orchestra led by Aleksandr Dmitrjev.
NF/PMA 9924.
2. Alla Pavlova (Vinnitsa, 13 July 1952).
Symphony no. 1 ‘Farewell, Russia’ (1994) for chamber orchestra.
Russian Philharmonia Orchestra led by Konstantin D. Krimets with Leonid Lebedjev, flute, Nikolaj Lotakov, piccolo, Michail Sjestakov, violin, Valeri Brill, cello and Michail Abramovitsj, piano.
Naxos 8.557157.