Authentic folk music from the gramophone record Musiques de l’Asie Traditionelle, vol.8 Thailand.
It are recordings made in 1973 and 1979 by Franco Jouffa. First, music from the Shan, who are mainly war regufees who fought in the border area with Burma for an independent nation.
You also hear music from the Mon, a community who live in the Bangkok region nowadays. Their ensembles are specialised in religious ceremonial music.
Further, we have music from the communties Karen Skaw, Akha and the Lahu.
During the broadcast, the programme maker will go deeper into it.
LP: Musiques de l’Asie Traditionelle. Vol.8 Thailand, Playa Sound PS 33512 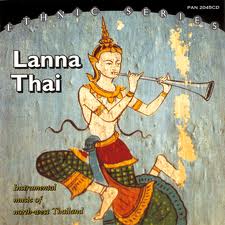