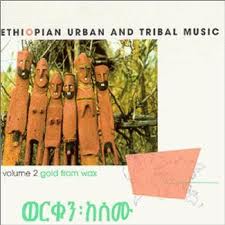 In this third and final program with Ethiopian folk music, you can listen to music from the northernmost province of Eritrea, the area that extends on the coast of the Red Sea.
The plateaus used to be part of the medieval kingdom of Axum, a base of operations to the Mediterranean Sea and the nearby east.
In the fourth century, this area was converted into Christianity and today the northern part of Eritrea is still the area of the Christian Orthodox Church. South Eritrea is predominantly Islamic, while there also exist some tribes who have animistic religions.
You will hear music of the Rashaida, a small Arabian-speaking group of about a thousand souls who live in the desert on the coast of the Red Sea, and also music of the Baria, the Affar, the Assaorta, the Kunama and the Bilen. A thorough explanation of the music will be given during the broadcast.