With musicians from Poland, Czech Republic, Haiti and Nigeria. 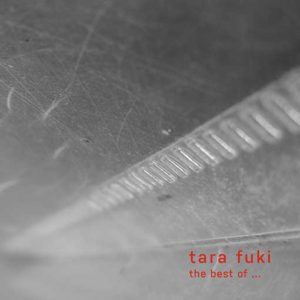 1.
Tara Fuki is a duo, made up of two classically schooled cello players/singers Andrea Konstankiewicz (from Poland) and Dorota Barova (from the Czech Republic. Their music is jazz and classical elements with village folk and gypsy themes brought through electronic beats and beautifully interpreted lyrics in Polish, Czech and other languages. Both violoncellists studied musicology and were part of various musical projects. The Tara Fuki duo was created in 2000 when the women met each other in the Czech Republic. Tara Fuki is based on shared improvisations that are continually polished off and are expressed delicately dynamically and rich. Cd. ‘The Best of  Tara Fuki’. Label: Indies Scope Records (2015), distributie: XANGO Music. Video 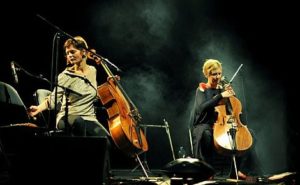 2.
‘A.H.E.O.’ of the Afro-Haitian Experimental Orchestra.
This album is an experiment in every way! Afro-beat drummer Tony Allen (from Lagos, Nigeria) was asked to come to Haiti to play with several significant Haitian musicians, enrolled by the Haitian National Bureau for Anthropology. Tony Allen laid down the basic beats to which awesome baselines, voodoo rhythms, vocals and more were added. This album is compiled from rehearsal tapes, because the live recordings fell through due to technical difficulties on location. CD. ‘A.H.E.O‘ Afro-Haitian Experimental Orchestra. Label: Glitterbeat (2016), code: GBCD035. Distributie: Xango Music. Video