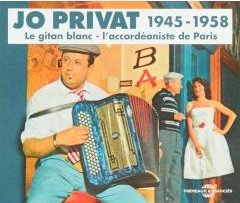 1-
Jo Privat (died 1996) was a French accordionist and composer. He played for many years in Le Balajo, a musette club, Rue de Lappe in Paris, where he collaborated with Django Reinhardt, among others. Jo Privat composed about five hundred works, influenced by gypsy culture, American jazz and the bagpipes. His remains are in the Père-Lachaise cemetery in Paris.
CD. Le gitan blanc: L’accordéoniste de Paris 1945-1958 van Jo Privat. LABEL: Frémeaux & Associés (2014), code: FA 5446. Le Balajo – VIDEO 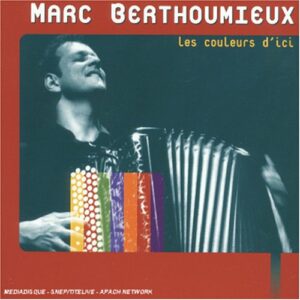 2- This is Marc Berthoumieux’s 1st album, recorded at the ‘Jazz Contre Band’ festival in Annemasse, Haute Savoie, on November 6, 1999. The live recording was mixed in January 2000 by Marc and his brother and released by the Pigmalion label, also in 2000. The album Les Couleurs d’ici is a real treat from start to finish, both for the quality of the compositions and for the interpretations.
CD. Les couleurs d’ici – Marc Berthoumieux. LABEL: Pigmalion (2000), code: 591402/1 – VIDEO 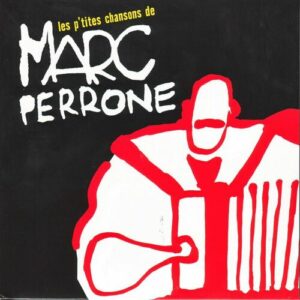 3- Son of Italian immigrants, born in France, spent his childhood in the suburbs of Paris. He first became a guitarist, but the song of Brel, Vesoul, with accordionist Marcel Azzola and especially the Cajun musicians were decisive for Marc Perrone in choosing the diatonic accordion (a bi-sonic button accordion, which when you press and pull a button or push, you get a different tone). He composed many pieces of music for film, theater and television.
CD. Les p’tites chansons de Marc Perrone. LABEL: Rue Bleue (2008), code: BLC 70011 – VIDEO 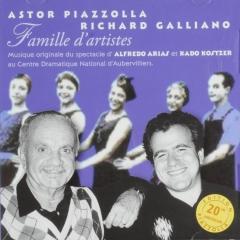 5- Yann Tiersen.
Tiersen had a great interest in music from an early age. He spent his childhood in Rennes, where he learned to play the violin and piano, and then conducting. He plays many instruments, including piano, violin, guitar, accordion and melodica. Then he started writing music pieces for theater and short films. In 2001 year the soundtrack of the movie: Le Fabuleux Destin d’Amélie Poulain was released, which became a great success, worldwide.
CD. Le fabuleux destin d’Amélie Poulain : Yann Tiersen (Componist). LABEL: Labels (2001), code: 8108052 – VIDEO