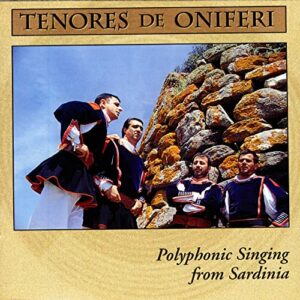 Tenores di Oniferi. Featuring some of the world’s most unusual sounds being produced by the Sardinian based group Tenores de Oniferi. Rooted in Sardinia’s polyphonic singing tradition, the group was described by Rod Stradling of Musical Traditions as “younger, faster and louder…both well suited to a ‘world music’ audience and closer to tradition.” Located in Oniferi, a town in the central Barbagia area of the island, Tenores de Oniferei represents the vision of singer Francesca Pirisi and his twin brother Giovanni, who sing countertenor.
CD. Polyphonic singing from Sardinia – Tenores di Oniferi.
LABEL: Music of the World (1999), code: MOW 152. VIDEO 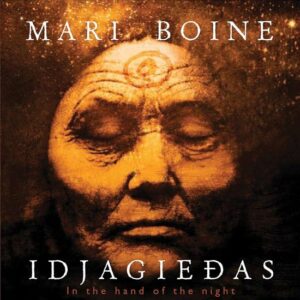 Mari Boine. The Saami have always lived in the barren northern Scandinavian Lapland. This nomadic people lived on the milk, meat and hides of their reindeer herds. With the advent of ‘civilization’ many Saami gave up nomadic existence and became fishermen, farmers or entrepreneurs. With this, however, the Saamian culture is in danger of being lost. The half-Saami singer and drummer Mari Boine tries to keep the traditional joik music alive by subtly mixing it with elements from jazz, rock and electronica. Her sometimes skipping vocals, sung from the throat, are reminiscent of those of the North American Indians. Both nations therefore believe in shamanism. Despite the use of various instruments including (electric) guitars, flute, drums, bouzouki, kora and thumb piano, Mari Boine’s music has an authentic feel.
CD. Idjagiedas – In the hand of the night – Mari Boine.
LABEL: Universal (2006), CODE: 9855486. VIDEO 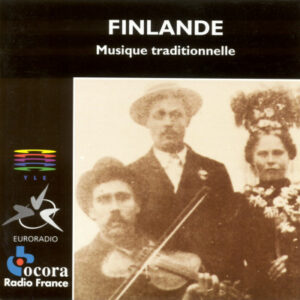 Finlande : musique traditionnelle. Compilation of traditional Finnish music from recordings made by Finnish National Radio between the 1940s and 1990s. Herder music, old Kalevala songs (runolaulu), platter and jouhikko music, pelimanni dance music played on various instruments. Traditional Karelian music, as expressed by the Kalevala, is considered the purest expression of Finnish myths and beliefs. This traditional Finnish music has been experiencing a revival for decades and has become a branch of popular music.
CD. Finlande: musique traditionnelle.
LABEL: Ocora (1996), code: C 600004. VIDEO 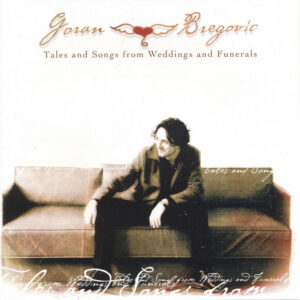 Goran Bregović. The Sarajevo-born musician and composer Goran Bregović is best known internationally for his soundtracks for the film industry. In the seventies and eighties Goran was a rock star in his own country, from that moment on he developed his own style, a mixture of serious orchestral music with traditional Balkan music. The film music gave him the opportunity to collaborate with various international singers. In addition to film scores, he wrote music for theater and multimedia projects. In recent years, Goran has mainly performed with his gypsy wind band Wedding & Funeral Band with a trio of Bulgarian choir women, a Polish string orchestra and an Orthodox male choir from Belgrade. The album Tales And Songs From Weddings And Funerals gives an impression of Goran Bregović’s music that can be heard during his concerts.
CD. Tales and songs from weddings and funerals – Goran Bregović.
LABEL: Universal (2002), codes: 00044006307923 & 630792. VIDEO 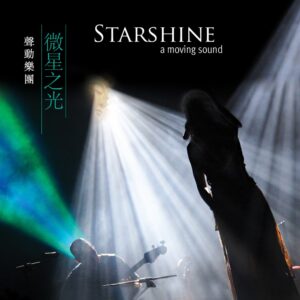 A Moving Sound. A Taiwanese group co-led by singer/dancer Mia Hsieh, vocalist, bass guitarist and zhong ruan player Scott Prairie. They are joined by a large number of Taiwanese musicians. It is a joyful exploration of traditional Taiwanese culture. In the music of A Moving Sound, traditional Taiwanese music forms are reinterpreted to create new original song compositions. Instruments such as the erhu (violin), the zhong ruan (lute), and the transcendent song and dance of singer Mia Hsieh, transport listeners on a journey that Global Rhythm magazine described as “-delicately balanced between many worlds–a gateway to Eastern music and artful expression of the human condition.”
CD. Starshine – A Moving Sound.
LABEL: Arc Music (2022), code: EUCD2957. VIDEO 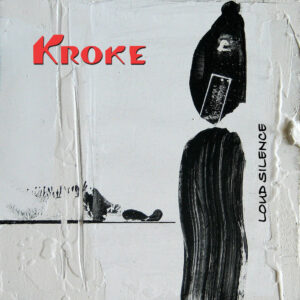 Kroke. The trio Kroke was founded 30 years ago, named after the Yiddish word for Krakow (the second largest city in Poland after Warsaw), where not only all three musicians were born, but where they also attended the music academy together. Initially associated exclusively with klezmer music, the trio is inspired in their current works by ethnic music using their own improvisations. In this way, they create their unique style that floats across borders, shapes and time, which was not only noticed by the public, but also appreciated by artists all over the world. Steven Spielberg, delighted with Kroke’s concert, invited the band to Jerusalem to perform at the Survivors Reunion ceremony.
CD. Loud Silence – Kroke.
LABEL: Oriente (2022), code: RIENLP1095. VIDEO 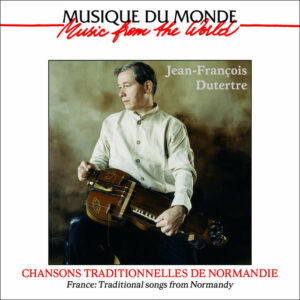 Jean-François Dutertre (1948-2017). He was a French singer-songwriter, he also played the hurdy-gurdy, l’épinette des Vosges, the bodhran and the bouzouki. He was a member of the band Mélusine and resident of the label Le Chant du Monde. Jean-François was a great supporter of modal music and conducted numerous workshops. He was also an advocate of the professionalization of traditional musicians and singers and defended their rights in the Information Center for Traditional and World Music.
CD. Chanson traditionnelles de Normandie -Jean-François Dutertre.
LABEL: Buda Musique (2003), code:1989402. VIDEO