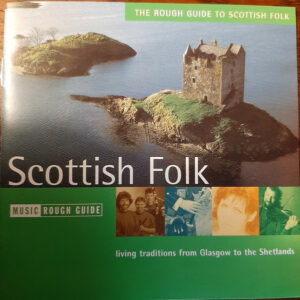 Scottish folk.
The Celts have left a cultural footprint not only in England, Ireland and Scotland, but also in French Brittany and northern Spanish Galicia Celtic traditional music occupies an important place. In the United States and Canada, the inhabitants of this new world keep Celtic lore alive. In addition to the geographical diversity, the Celtic music forms also differ greatly from one another. Because of this, some music lovers believe that the term Celtic is nothing more than a marketing term. However, the term has gradually become commonplace. Celtic can refer to both traditional folk music and modern pop. Celtic instruments are often used, such as the violin, flute, drum, harp, flute or bagpipes. Because Celtic is such a receptacle, this genre partly overlaps with folk music.
CD. The Rough Guide to Scottish folk – Various artists.
LABEL: World Music Network (2000), code: RGNET 1038 CD. VIDEO 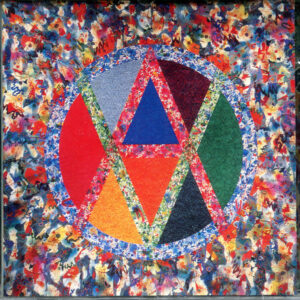 Afro Celt Sound System.
This album is the result of a collaboration between African musicians, their counterparts from the Celtic communities of Western Europe and a number of dance music producers from Great Britain. The Afro Celt Sound System project brings folk music into a modern atmosphere, while constantly looking forward to a journey through prehistoric times.
The music is an explosion of contemporary styles and ancient traditions, coming together to explore the Celtic and African roots between past and future.
CD. Sound Magic; vol.1 – Afro Celt Sound System.
LABEL: Real World Records (1996), code: 8417362. VIDEO 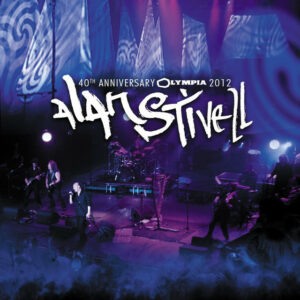 Alan Stivell.
He has revolutionized Breton music, mainly by incorporating Gaelic and Anglo-Saxon influences, without forgetting the classical music of yesterday and today, combined with its openness to that of other continents.
He also brought in the technical innovations of the late 20th century. He shows an extreme eclecticism both technologically and musically: in addition to the genres already mentioned, he uses influences from electro and hip-hop, which he also introduces in Breton music.
CD, 40th anniversary Olympia 2012 – Alan Stivell.
LABEL: Mercury Records (2013), code: 3744372. VIDEO 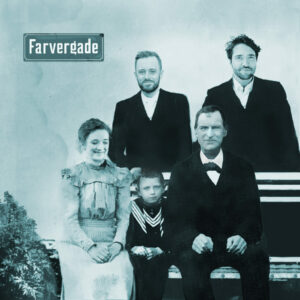 Trio Farvergade.
The Danish trio Farvergade presents a selection of dance melodies from an old Danish melody book written and collected by violinists Søren Christensen & Niels Aage Andersen in the mid/late 19th/early 20th century. The story about the melody books began in 1853, in the Danish village on Søren Christensen’s 18th birthday. He then received a music book with empty staffs, in which he immediately wrote down old dance melodies and composed new ones. Søren Christensen had learned to play the violin and often played at parties and other social gatherings. The strength of the Farvergade trio is the spread of both new and old folk music.
CD. Spiller dansemusik van het trio Farvergade.
LABEL: GO´ Danish Folk Music (2022), code: GO0622. VIDEO 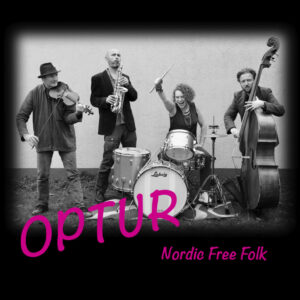 Optur.
A new project based on a series of newly composed dance melodies within the Scandinavian folk music tradition. At festivals in Europe and Canada, the band received six Danish Music Awards for their albums. A key idea behind this new project was to bring together an ensemble capable of playing dance music with an edge, leaving room for improvised passages and the occasional humorous hint. The project is also based on the idea of gathering musicians from different musical genres to contribute to creating a new form of uniquely Scandinavian sound.
CD. Nordic Free Folk – Optur.
LABEL: GO’Danish Folk Music (2022), code: GO0922. VIDEO 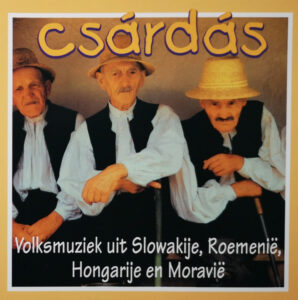 Czárdás.
A traditional Hungarian folk dance. It originated in Hungary and was popularized by bands in Hungary and the neighboring countries of Slovenia, Burgenland (a federal state of Austria), Croatia, Transylvania, Slovakia and Moravia, and among the Banate of Bulgarians. The origin of the name Csárdás can be traced back to the 18th century Hungarian music genre the ‘verbunkos’ and is characterized by a variation in tempo: it starts slowly and ends at a very fast tempo. The dancers are both male and female, the women are dressed in traditional wide skirts, which take on a distinctive swirling shape during the dance.
CD. Csárdás – Volksmuziek uit Slowakije, Roemenië, Hongarije en Moravië.
LABEL: Syncoop (1994), code: 5754CD 168. VIDEO