Earwitness #93: I.M. DSCH. ‘Everything in memory of you…’, our series featuring Russian music of the 20th century, devotes two episodes to the music composed after the death of Shostakovich and the appeal of Yevgeny Mravinsky to compose work in his memory.

In his “Dmitri Shostakovich Catalogue: The First Hundred Years and Beyond”, Shostakovich expert Derek Hulme recorded meticulously the music that was composed following Shostakovich’s death and Mravinsky’s appeal. For the gratefulness and unrelenting love for the man and his music and our subsequent debt to him overwhelmingly and unequivocally deny the fear he had once put in words that “since no one will write a work in my memory, I might as well do it myself here and now”. As was to be expected, even in Brezhnev’s Russia, that really wasn’t necessary.
The Georgian composer Sulkhan Tsintsadze (image left) dedicated his ninth string quartet to the memory of Shostakovich in 1978. It is performed by the Georgian State String Quartet, of which Tsintsadze as cello player was also co-founder.
After this, we can devote nearly an hour to the Smirnov-Firsova family who turned it into a motley collection and dedicated a special CD to it: “A Tribute to Shostakovich”. We ran into Elena Firsova before in our programma in memory of Osip Mandelstam, one of her favourite poets.
Elena Firsova (image right) was born
on 21 March 1950 in Leningrad, now 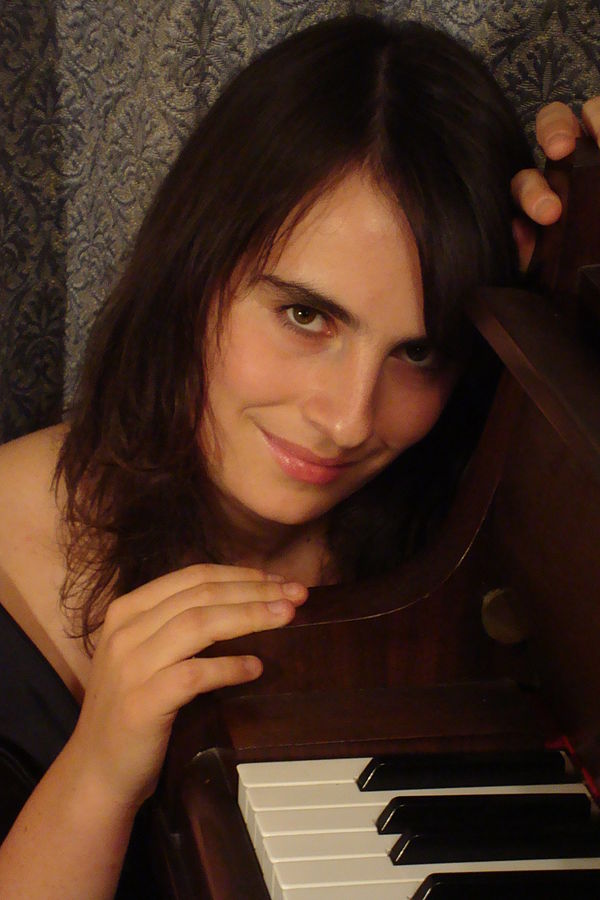 in England since 1991. In 1986 their daughter Alissa was born (image left) who developed into a pianist, conductor and composer. The three of them wrote their Family concerto together, that was performed by Alissa on piano, the Dante Quartet and three instrumentalists conducted by Kevin Griffiths.
Part 1, “Red Bells”is the opus 147 by Dmitri Smirnov, part 2, “Black Bells”, is the opus 115 by Elena, and part 3, “Bluebells”, is the opus 17 by daughter Alissa.
Elena Firsova herself tells about how the motif ‘D-S-C-H’ slowly appears in the bass motif at the beginning of “Garden of Dreams” for symphony orchestra, in order to reach a grand finale with the material from the final part of Shostakovich’s seventh String quartet. You will hear the Royal Concertgebouw Orchestra conducted by Tugan Sokhiev. 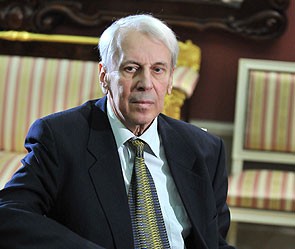 In the Shostakovich magazine ‘DSCH’, Vladimir Spivakov, leader of the Moscow Virtuosi, wrote: “Most people in a tram are fellow travellers. There are only a few who feel responsible and who have a sharp feeling of guilt – like Shostakovich had. People like that become fortune tellers,  chroniclers of their time.” That certainly held true for his pupil and friend Boris Tishchenko (image above left) who, with his monumental Fifth Symphony, earned a special place in the symphonic tradition of his great teacher. According to experts this is an attempt unique to the genre “to paint a portrait with his own musical pallet and brushes”. Quotations from the work of Shostakovich can be heard throughout the entire symphony for anybody who wants to hear. Furthermore, Tishchenko uses quotes from works from his own youth to show how he returns to the source of his original inspiration and by doing this also starts a dialogue with the work of his wise master, with the fullest and noblest confidence that with this he will enter new worlds where his footsteps will lead him to his tutor. Listen to the USSR Ministry of Culture Symphony Orchestra conducted by Gennady Rozhdestvensky.
With that we have come to the end of this 93rd episode of Earwitness, ‘Everything in memory of you…’, our series featuring Russian music of the 20th century. The following episode’s theme will also be the commemoration of the greatest Russian composer of the last century, Dmitri Shostakovich.
1. Sulkhan Tsintsadze (Gori 23.8.1925 – Tbilisi, 15.9.1991).
String quartet no. 9, In Memoriam Dmitri Shostakovich (1978).
Georgian State String Quartet.
http://www.georgian-music.com/_index.php
2. Elena Firsova (Leningrad, 21.3.1950).
String quartet no. 12 opus 113.
Brodsky Quartet.
Meladina MRCD-50 Record.
3. Dmitri Smirnov (Minsk, 2.11.1948), Elena and Alissa Firsova (Moskou, 24.7.1986).
Family concerto for piano and 7 instruments: 1) Red Bells (Smirnov), 2) Black Bells (E. Firsova), 3) Bluebells (A. Firsova).
Alissa Firsova, piano, Dante Quartet, Sarah Thurlow, clarinet, Stephen Stirling, horn and Michelle Hiley, percussion, conducted by Kevin Griffiths.
Meladina MRCD-50 Record.
4. Elena Firsova (21.3.1950).
‘Garden of dreams’, opus 111.
Royal Concertgebouw Orchestra conducted by Tugan Sokhiev (Туган Сохиев).
Meladina MRCD-50 Record.
5. Boris Ivanovich Tishchenko (Leningrad 23.3.1939 – St. Petersburg 9.12.2010).
Symphony no. 5, ‘In memoriam D. Shostakovich’ (1976): 1) Prelude. Lento. Poco pui mosso, 2) Dedication. Tempo I, 3) Sonata. Vivace, 4) Interlude. Lento, 5) Rondo. Allegretto.
USSR Ministry of Culture Symphony Orchestra conducted by Gennady Rozhdestvensky.
Melodiya MCD 213.