Aural witness #91: Michelangelo. With all those skeletons in the closet there always seems to be a celebration in Russia The year 1975 will not only be remembered as the year of Dmitri Shostakovich’s death. The celebration of the half-millennium party of the great Renaissance artist Michelangelo di Lodovico Buonnarroti Simoni (1475-1564) was put on the agenda earlier, who for that matter was born a day before Stalin’s day of death: only five hundred years prior.

Michelangelo the sculptor began writing poetry after he completed the statue of David in 1504. His muse, to whom he dedicated 50 out of 300 sonnets, was from then on the 23 year old Tommaso dei Cavaleiri. The young man did not return his love, but he watched over the deathbed of the 57 year old ‘uomo universalis’. In 19040 Benjamin Britten, the best Western co-worker and friend of Shostakovich, composed a cycle to seven sonnets of Michaelangelo as a first gift to his great love and life partner, British tenor Peter Pears. There are beautiful parallels with the obsessive love of Gustav von Aschenbach for Polish Adonis Tadzio in Brittens last opera, Death in Venice. How Shostakovich’ opera Lady Macbeth made a profound impression on Britten, Shostakovich used Britten’s War Requiem as study material in composition class. You will listen to Britten’s love cycle by tenor Nicholas Phan and pianist Myra Huang.
On Christmas Eve in 1974, Dmitri Shostakovich completed, directly after rounding off the fifteenth string quartet, his Suite on Verses of Michelangelo Buonnarroti opus 145. He took 11 sonnets on the texts 1) Truth, 2) Morning, 3) Love, 4) Separation, 5) Anger, 6) Dante, 7) To the exile, 8) Creativity, 9) Night, 10) Death, and 11) Immortality. Krzysztof Meyer thinks that the selection as well as the arrangement of the poems clearly indicate autobiographical purposes. The parallels with former works are obvious, such as the eleven-part cycle form we know from the cycle From Jewish Folk Poetry and the Fourteenth Symphony and the quote from the symphony from the tenth part in the song ‘The Night’. The importance he attached to this symphony is emphasized through the fact that he quotes from it in his last completed work, the viola sonata which you can hear in the next Aural Witness. In the song cycle at the beginning of the last part, ‘Immortality’, there is a childlike theme that is from the nine year old Mitja, by which the composer fixes his entire oeuvre. The Michelangelo songs are performed by the USSR State Symphony Orchestra with conductor Gennady Rozhdestvensky and bass Yevgeny Nesterenko.
Georgian composer Giya Kancheli completed his fouth symphony, in Memoriam Michelangelo, under the authority of Ministry of Culture a year before in 1974. That year the work received the State Prize. You can listen to the premiere performance by the Tbilisi Symphony Orchestra conducted by Jansoeg Kachidze. 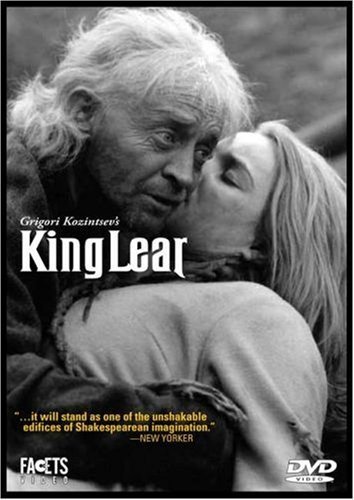