Earwitness 66: ‘Everything in memory of you…’, our series about 20th-century Russian music, has arrived at ‘the turning point’ in the Great Patriotic War. The war moves over to outside the Russian borders and the Red Army moves through Poland and Belarus to German territory. The first Allies land in Normandy on 6 June 1944, who also slowly push the west front back to Germany.

Fled from Poland to Russia, in 1945 composer Mieczysław Weinberg wrote his Piano trio for the woman he recently married – Natalja Vovsi, youngest daughter of actor and director Solomon Michóels (shown in the picture with his eldest daughter Viktoria).

In 1945, Gavriil Popov started the soundtrack to ‘General of the Army’, renamed ‘The big turning point’, for the sake of his friendship with director Friedrich Ermler (left picture), but while doing so the composer was swept away by the work. This film about the Battle of Stalingrad (picture below) was meant initially as a great tribute to general Zhukov. But this war hero became too much of a threat to Stalin because of his feats, and was ‘promoted away’ to Odessa. In many ways, ‘Turning point’ was one of Stalin’s favourite phrases. 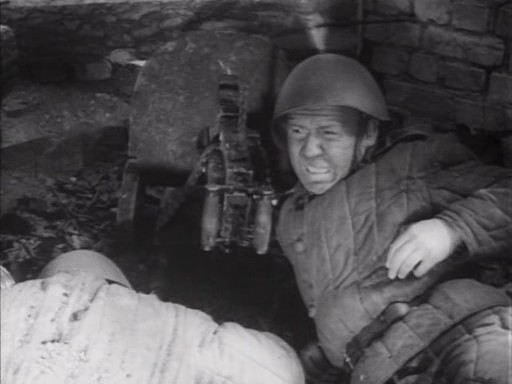