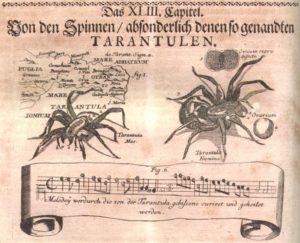 The work published in the 17th century by German polyhistor Athanasius Kircher about the music of Salento and its accompanying phenomenon ‘Tarantismo’.                              The tarantella is a from of South Italian song, music and dance, which has been performed since the 12th century. The name is connected to the bite of the poisonous tarantula spider. People used think psychic disorders were caused by this bite. This is meant symbolically however and was originally a provincial superstition. This social phenomenon became known in Europe as ‘tarantism’. All kinds of instruments were used over the centuries for playing the pizzica. The best known instruments are the ‘tamburello’ (tambourine), guitar, violin and , since the XX century, the ‘organetto’, an Italian diatonic accordion.  Nowadays the tarantella is popular across the whole of Italy, but in a new, contemporary form. The best known form of tarantella is the ‘pizzica’. This kind of music is typically from the peninsula Salento, which is right on the heel of the Italian ‘boot’. ‘Pizzica’ means ‘it stings’ and also refers to the tarantula bite. The music supposedly has healing powers and is used as a musical treatment for ‘i tarantolati’, the victims of the legendary bite. In this case, the music depended on the symptoms the victim showed. A different kind of ‘pizzica’ is however a synonym for party and was used for folk dances and celebrations. The superstition and ‘tarantism’ disappeared nearly 50 years ago with the conclusion of industrialization in Italy and the emigration of inhabitants to the big cities in South and mainly North Italy. But the second kind of pizzica, meant for celebrations, has become much more popluar around the country, thanks to musicians, researchers and promoters. Today we focus on the pizzica by listening to old recordings that are now considered the authentic sources. The first groups consisted of musicians and etnomusicologists, instead of civilians and farmers, who, in the seventies, breathed new life into the music using the sources and field research. Then, in the late nineties, massive amount of tarantella success came in the shape of hundreds of concerts and workshops. One example of this is La Notte della Taranta. This yearly event is held in the Salento region, in the Apulia region, which has grown into the largest music festival of Italy. 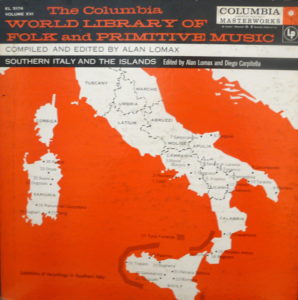 The cover of the record The Columbia World Library of Folk and Primitive Music: ‘Southern Italy and the Islands’ – Edited Alan Lomax and Diego Carpitella

The programme is a strings of concerts in small villages. Every year, the festival is under the direction of an international prominent figure, like Ludovico Einaudi, Goran Bregovic or Stewart Copeland, and receives guests from all over the world who want to compete with the pizzica. The tarantella never stopped developing, especially the last few years. Classical composers, jazz, pop musicans and DJs all felt inspired by the tarantella. This South Italian form of song, music and dance has so many aspects because of this, which is all the more reason to broadcast a radio series, looking at the tarantella from every angle. The musical heritage of South Italy is even wider if you include the traditions from regions like Campania and Calabria and is as strong and ancient as the Apulia region. That is why our tour around the South of Italy will continue on for the coming months with ritual songs, protest songs, work songs, satirical and love songs, lullabies, nursery rhymes and more. 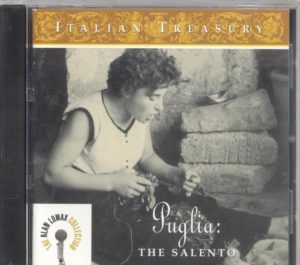 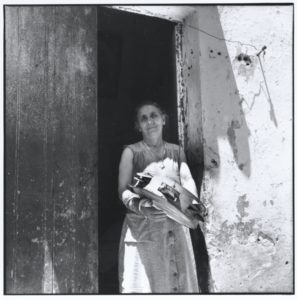 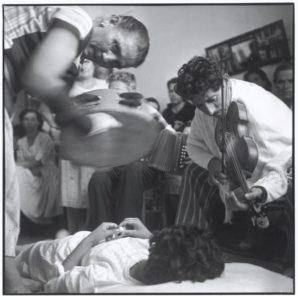 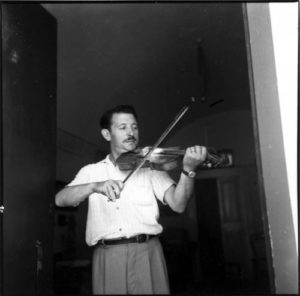 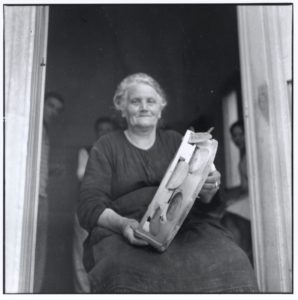 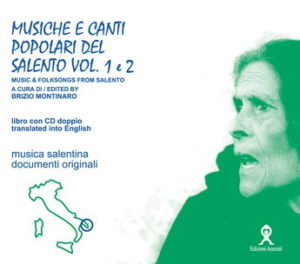