The compiler of this programme, Pieter de Rooij, searches every day on the Internet for special recordings of Indian raga music. Raga fans and raga performers put countless recordings online on YouTube.
Between those are often also performances and concerts which were not commercially released. In this programme there will be broadcast some gems from this interesting supply. There has been chosen for four young leading artists, who are all in their thirties. Two of them represent the South Indian Carnatic raga tradition, the other two represent the North Indian Hindustani raga tradition.
The sisters Ranjani & Gayatri play ragas and songs in the South Indian raga style. They are loved worldwide for their mature and aesthetic refined interpretations. They sing the composition Kaadiruvenu Naanu. 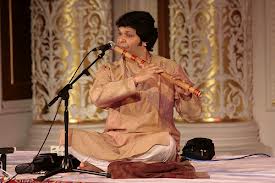 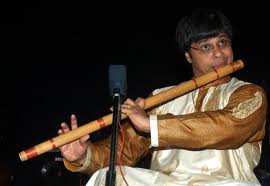 Then it is time for Shashank, a virtuoso and phenomenal flute player from South India. His South Indian raga playing is breath taking and surprising in melody and rhythm. Shashank can be heard in the raga Mohana. 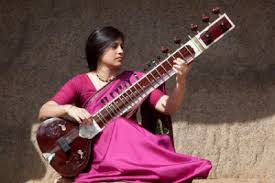 The programme ends with a splendid interpretation of raga Jinjoti by sitar player Anupama Bhagwhat. She plays in the North Indian raga style.