In part 3, the double CD World Music in the Netherlands, a promotional album meant for radio stations outside the Netherlands, compiled by the Wereldomroep in 1995. Followed by music from a CD called De Mix, a series of TV episodes by IKON/KRO from 1995

World Music NL! is a series of episodes about the range of music genres that have been made in the Netherlands and are considered part of the expanded area of world music.
Since the 1980s, world music has become the umbrella term for folk music (also known as traditional music), non-western classical music, non-western pop music, and hybrids of those music styles.
The Wereldomroep was responsible for ‘Holland Promotion’ since its foundation in 1947, either for political reasons, or for economic ones such as programmes about the Dutch industrie, agriculture and floriculture, or for cultural reasons. Items of cultural value signified the promotion of Dutch language and literature and all forms of music produced in the Netherlands; light, jazz, classical.
That began with the promoting of the Concertgebouw, quickly followed by the promoting of Dutch composers, the Radio Filharmonisch Orkest and the Kamerkoor.
The early 60s saw the rise of a long tradition of recording and promoting jazz music and folkloristic music for language editing, including recordings of Surinamese and Antillean bands for the Caribbean Department. Likewise, big orchestras and festivals were recorded as well. But also smaller orchestras and ensembles as well as various popular orchestras were recorded. These recordings were made available for stations outside the Netherlands via the transcription service and later the music department.
In 1995, the IKON/KRO broadcast the TV programme De Mix, a four-part series about the influence world music has had on Dutch pop culture. 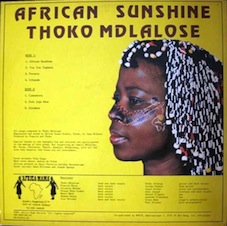