The duo Puuluup from Estonia and Finland have already released an EP: ‘Paala Järve Vaala Baar’, as a warm-up for their yet-to-be-released electronic traditional folk album Viimane Suusataja.

Singer, guitarist Samba Touré has released another CD, Binga, after the success of his album Wande, and this one is also well-received by critics and fans. Samba Touré is regarded as the best blues guitarist in his country and is seen as the musical successor to Ali Farka Touré.

Choro de Rua is a duo made up of Barbara Piperno (flute) and Marco Ruviaro (7-string classical guitar). Their album Santo Bálsamo was created after researching contemporary Choro. Choro is popular cheerful music that originated in the 19th century in the streets of Rio de Janeiro.

Wasis Diop, (born 1950 in Dakar, Senegal) is a composer, arranger and guitarist who mixes the folk music of his native country with pop and jazz. He is internationally renowned, also composes film music and has lived in Paris since 1970. After playing in the group West African Cosmos for several years, he started a solo career in 1979. On his latest album, De La Glace dans le Gazella, he sings/talks about his self-written songs with his dark voice in French.

The members of the trio Monsieur Doumani from Nicosia come from different musical backgrounds but are all influenced by the traditional music of Cypress. On their new CD Pissourin, which will be released in September by Glitterbeat
they add a psychedelic sound to their music. 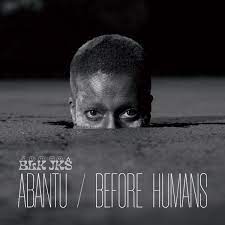 BLK JKS is a South African band that broke through internationally in 2009 with their debut album After Robots. On their new CD Abantu / Before Humans, they are reinforced by the young virtuoso trumpeter Tebogo Seitei. You will hear afro rock, on solid grooves with guitar and horns and an exciting rhythm section.