A weekly treat: the Palace of Nostalgia | Concertzender.nl :: Radio

A weekly treat: the Palace of Nostalgia

From the 22 June, The Palace of Nostalgia will be broadcast every week. Music of the past for the listeners of today. Great American Songbook, cool jazz, swing jazz, music from the days of bubble-gum cards, cabaret, curiosa – and all coated in a layer of nostalgia. In short, music that is still very special but is now rarely heard.

There are also regularly special programmes, such as the recent ones about Doris Day, Nat King Cole and Peggy Lee, and there are many more in the planning. 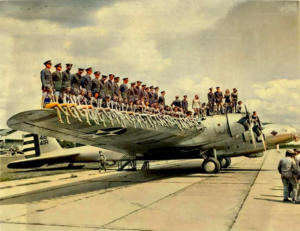 Distant horizons
The Palace goes on a journey from 29 June with music that will inspire you to visit distant lands: ‘Egyptian Summer’ by the Metropole Orkest, Nelson Riddle, Chet Baker, a ‘Route 66’ special with The Rolling Stones, Hoagy Carmichael, Matt Dennis with his ode to travel ‘Let’s get away from it all’ and the Ben Selvon orchestra from the earliest days of jazz music.

George Formby
The special on the 31 August features the wit and wisdom of the parodist Stan Freberg, the comic Charlie Drake singing about the tribulations of owning a boomerang, George Formby with his ‘banjolele’, the French composer, arranger and sound wizard André Popp, a song about a race between a Cadillac and a Nash from The Playmates, and ‘the man with a thousand voices’ Mel Blanc. 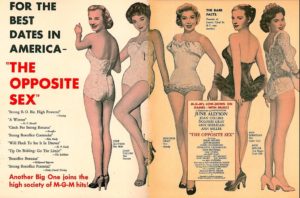 Million Sellers!
In the Autumn, the Palace will present a series titled The History of the Million Seller. This series takes us from the early days of the 20th century when records by Enrico Caruso, Al Jolson and Paul Whiteman were produced in their millions to the 1960s when eveything was different in popular music.

In short, The Palace of Nostalgia takes us every week on an adventurous trip into the dusty attics of music history in search of long abandoned treasures from every period and in every style.

Listen
The programme is broadcast live on Saturday evening at 20:00 CET and is repeated on Tuesday morning at 10:00 CET.
You can also listen to it on demand at every other time of the day or night after first searching for Palace of Nostalgia at www.concertzender.nl.
The playlists are published on the Concertzender’s Facebook page on Saturday morning from about 10:00 CET.