Bach is in Italy, so perhaps would should be calling him Giovanni Sebastiano Bach, in the same way as Giovanni Battista Lulli changed his name to Jean-Baptiste Lully when he moved to France.

Between 19 and 30 August Bach ad Infinitum will be in an Italian mood inspired by this year’s Festival of Early Music in Utrecht. As part of the festival, the Stabat Mater by Pergolesi will be performed on Saturday 31 August in the Geertekerk in Utrecht. The soprano role will be sung by the world-famous Hana Blažíková. 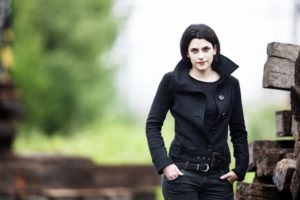 On Monday 19 August in Bach ad Infinitum Govert Jan Bach will be investigating the link between Bach, opera and this well-known work by Pergolesi. Bach wrote a variation (or as he himself called it, an improved version) of this work: cantata “Tilge Höchster, meine Sünden” BWV 1083. The programme will also include a performance of the original work by Pergolesi by Concerto Italiano led by Rinaldo Alessandrini and a performance of cantata BWV 1083 by the Theatre of Early Music that features Emma Kirkby.