From 2200 to 2300 on Friday 28th we'll be broadcasting among other items exciting music from the cd " River Strings " by Djessou Mory Kante. He's a much sought after accompanist for well known African artists such as Salif Keita and Sekouba Bambino Diabate. 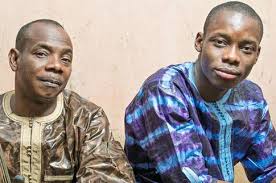 Further information from our programmeguide