Bach and the Italians | Concertzender.nl :: Radio

Bach and the Italians

After the summer break we’re off again with Bach ad Infinitum! This week (from 22nd to 26th August at 13.00 ) is in an Italian atmosphere thanks to the Early Music Festival which starts on 26th August in Utrecht .

In these new episodes of Bach ad Infinitum we’re following the Festival theme La Serenissima, with music from Venice. A lot of Italian baroque music will be played, which had a big influence on Johann Sebastian Bach. 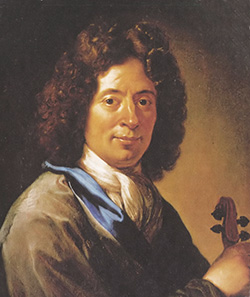 On Monday 22nd August we’ll hear music by Corelli and Vivaldi and the Third Brandenburg concerto by Bach, in which the Italian influence is obvious.

Here is the playlist for episode 386 on Monday 22nd August.