The competition question in March was: Pierre de la Rue (Van Straten) worked at the court chapel of Philip the Beautiful. After Philip’s death, who took over the chapel? The correct answer was Joanna of Castile, who was also known as ‘Joanna the Mad’. The winner of the CD is F. de Vries from Amsterdam. 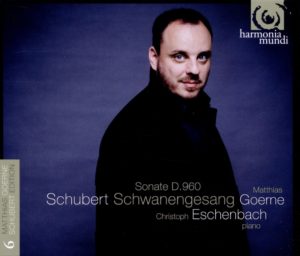 This month’s question is about Franz Schubert: When did he compose his Schwanengesang and what was the title of this work? The prize the month – you probably had guessed it already – is the CD Schwanengesang D.957 & Piano sonata D. 960, performed by Matthias Goerne, baritone and Christoph Eshenbach, piano. The double CD was issued by Harmonia Mundi [EAN 3149020213926]