Christmas music from the Low Countries

On Thursday 27th December Concertzender Live will be broadcasting no less than two Christmas concerts which we recorded recently. They include early ‘Dutch’ Christmas music: Een Renaissance Kerstmis by the Trigon ensemble and O Magnum Mysterium by Cappella Pratensis. 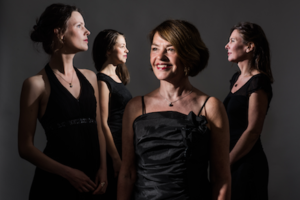 Trigon – Een Renaissance Kerstmis, Dutch Christmas carols from the 15th to the 17th century manuscripts. After 400 years the Ensemble Trigion performed Christmas carols from the Amsterdam of c1600 in the medieval Huys Dever. Although they were written down later, the music from the Amsterdam nunneries fits perfectly into the Modern Service, which originated in 14th century Deventer.

Trigon Ensemble: Margot Kalse, alt-mezzo and leader, Esther Kronenburg and Marijke Meerwijk, sopranos. The recording was made on Sunday 16th December 2018 at Huys Dever in Lisse.