Composer of the month

When hearing the early works of our composer of the month, there’s a good chance that you suspect you’re listening to Brahms, Beethoven or Liszt, the other composers we will pay attention to this month. However, this changed when Béla Bartók (yes, it’s him!) developed a serious interest in traditional folk music around the age of 25 that would last a lifetime and mark his oeuvre. The direct reason: a journey together with his friend Zoltán Kodály through the Hungarian inlands. Just in time, too, because the composer Bartók was searching at that time. So walking, most certainly in Hungary, must be good for you.

Ten years later, the Austrian-Hungarian dual monarchy and a thousand-year-old Habsburg dynasty had been blown away by a horrific world war. Bartók then blended folk music and expressionism into an explosive music mix, which led to works like The Miraculous Mandarin. Konrad Adenauer, then Cologne’s mayor, later also known as Germany’s Father of the Nation, blocked the performance of this work. 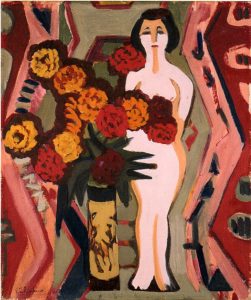 Located in calmer waters, Bartók was asked to compose an orchestral work, which resulted in a dance suite. It prompted him to combine folk and dance music. The next logical step was the move from classical dances to classical structures. Along with preserving other elements, Bartók reverted to these structures in the piano sonata and six string quartets he composed. And that’s how classical structures, dancing rhythms and folk melodies meet in the works of one of the greatest composers of the first half of the 20th century, who died in New York a month after World War II had ended.

Listen:
Composer of the Month: Bartók.
Starting Monday 2 March, every working day from 16.00 to 17.00.
Compiled by Emanuel Overbeeke.