Composer of the month: Olivier Messiaen 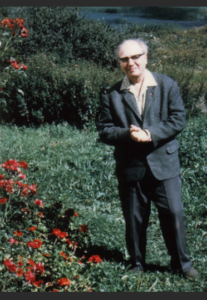 In April 2019, the Concertzender is broadcasting a number of programmes featuring the music of a man who was once referred to as a modern medieval man: Olivier Messiaen. However, the words ‘modern’ and ‘medieval’ only partly describe his oeuvre. He was also a fantastic musician, had a complete disregard for the boundary between art and kitsch, was able to put the same feeling for the magical in both his religious and profane music and was never part of any popular musical trend. His music is both fascinating and timeless. An hour is scarcely enough time for even a first impression. However, that is not a problem as there is so much more to discover.

Broadcast
Messiaen composer of the month