'II' from the Unknown Mortal Orchestra. The year of Dominick Fernow. Prisme (D'autres cordes) from Franck Vigroux. Rachel Grimes. Read about and also listen to our selection of the best from 2013.

The Unknown Mortal Orchestra is actually a rock trio consisting of guitar, bass and drums. The band comes from the US and New Zealand and is led by the singer, guitarist and songwriter Ruban Nielson.

Their album 'II' is the album of the year for Hessel Veldman.

This is their second album and contains a series of catchy songs that feature sparkling and fuzzy guitar from Nielson, dry bass lines from Jake Portrait and a lo-fi shuffle from drummer Riley Geare.

'II' brings back memories of the better studio work from the Beatles, the R&B groove of Family Stone and the songs of Guided By Voices.

It was also no surprise that the Unknown Mortal Orchestra won several prizes during the The New Zealand Music Awards in November 2013 including Best Alternative Pop album for 'II'.

The Crosslinks highlights from 2013:
Wednesday 27 February 2013: Concertzender Live X-Rated
Concert performance by Nurse With Wound;
Recorded during the Incubate Festival in Tilburg in 2012.

Wednesday 27 November 2013: Inventions For Radio
Work from the LA-based film maker, writer and DJ Arshia Fatima Haq. In this programme, A Love Letter To Dis-Orient, Haq gives an impression of her project Discostan which brings together different musical narratives from Eastern Europe, the Middle East, India and South-East Asia…a musical journey from Beiroet to Bangkok via Bombay. 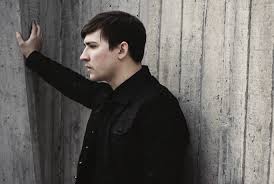 Sunday 29 September 2013: X-Rated
Prurient – Through The Window.
This was the first time in my life that I listened to a complete album from start to finish on the headphones in a record store. Prurient mixes dance beats and long trance-like sound patterns with underlying spooky soundscapes.

Sunday 27 October 2013: X-Rated
Roly Porter – Life Cycle Of A Massive Star.
The soundtrack to an intense journey through the darkest of haunted houses.

Sunday 1 December 2013: X-Rated
Vatican Shadow – Remember Your Black Day.
Vatican Shadow proved at Incubate that he could better the beats and soundscapes from his recordings during a live performance. This album is a souvenir from that performance, full of razor-sharp and crystal-clear sounds and rhythms. 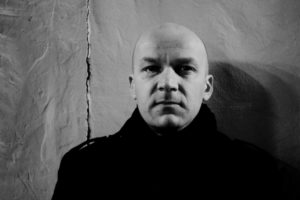 Kraak Helder programme maker and Inventions For Radio curator Martijn Comes payed a lot of attention during the last year to the latest electro-acoustic music productions and to exclusive radio-art compositions.

The best of these were:

The album of the year for our new programme maker Gert Gering (see photo) was Book Of Leaves by Rachel Grimes. His first programme for Pakrammel featured this album. 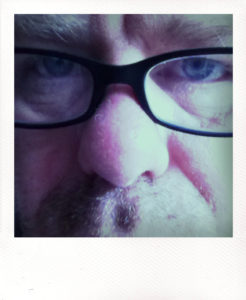