Discount on lecture by Thea Derks and Marcel Worms

Discount on lecture by Thea Derks and Marcel Worms

On Sunday afternoon 6th September you can attend a lecture in the Amsterdam Public Library. Music journalist Thea Derks and pianist Marcel Worms will be describing the development of 20th century music through the biography of Reinbert de Leeuw, Man or Melody.

“ if you spontaneously whistle a note, you'll notice that the melody will automatically want to go to the next note – it seems inevitable. That's because of the forced hierarchy of our keys: there is one all-important note – the keynote of the tonic – and all the rest play a subordinate role. For centuries this so-called ‘tonality’ formed the unshakeable basis of classical music. In this way a piece is always in in G or in D, the key in which it starts and ends: the music always comes safely ‘home’.

In the course of the 19th century this way of working began to be perceived as a straitjacket. Pioneers such as Liszt, Wagner and Scriabi began to add tonally " strange " notes, so that their music became more dissonant and the dominant key became concealed. At the beginning of the 20th century Arnold Schönberg finally destroyed tonality by making all keys equal : atonal music was born.”

Thea Derks and Marcel Worms take you on an exciting journey through the development from tonal to atonal music. Along the way they follow the footsteps of Reinbert de Leeuw, who as pianist, programmer and conductor brought avant garde music to prominence in this country. The concert lecture will be richly illustrated with musical examples – from Chopin to Cage and from Satie to Oestvolskaja.

If you want to attend this lecture go to oba.nl/activiteit.muzieklandschap.html . and say that you are an OBA member. That way you'll pay 5 euros instead of 10 .At the hall  you can announce that you are attending via the Concertzender-offer Afterwards Derks will autograph her biography. 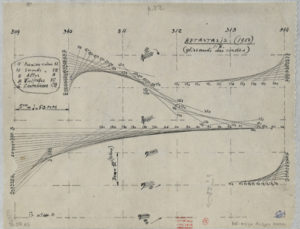