Earwitness #70. ‘Everything in memory of you…’, our series about 20th-century Russian music, is centered today around the range of Stalin’s ‘art politics’. Because for a man who seriously considered reversing the flow of the big rivers in Russia, a wish on the human scale was of course a mere sinecure.

In February 1945, during the Jalta conference, when Winston Churchill asked Stalin if Vadim Kozin could come sing a bit, it was only a matter of detail that the famous tenor was banished to Magadan in the Far East. He was simply flown over to
‘Hades’ Rivièra’, as Churchill called the Crimean, for what you could rightfully call an exclusive performance.  Vadim Kozin sings “Autumn”, a song from 1939. Vadim Kozin would remain in Magadan until his death in 1994.
On the left, the monument for Kozin in Magadan.
On 23 October 1946, violinist David Oistrach and pianist Lev Obórin premiered the First Violin Sonata of Prokofjev in Moscow. The composer characterized the gloomy extract from the first part as "the wind that’s blowing over the graveyard". In the fourth part, this extract assimilates back into the bigger picture. The parts: Andante assai, Allegro brusco, Andante and Allegrissimo – Andante assai, come prima. David Oistrach and pianist Samoeil Feinberg performed the first and third part at Prokofjev’s funeral in 1953. But today you can hear David Oistrach with Lev Obórin in a recording from the year of the premiere: 1946. 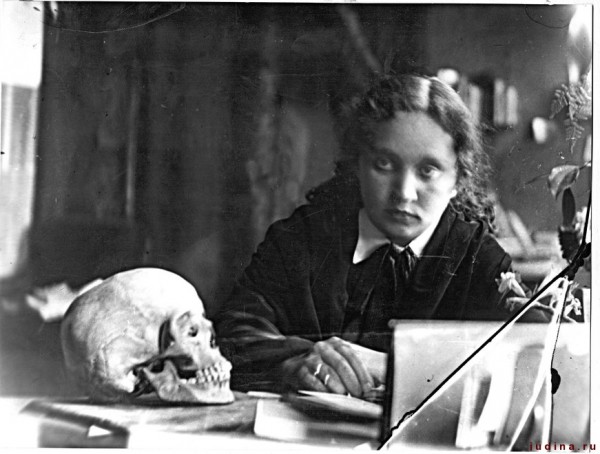 One night in 1944, Stalin listened to a performance of Mozart’s 23rd Pianoconcert on the Soviet radio. He was touched to the point of tears by this performance and asked the radio boss for a copy. Seeing as it had been a live performance, an orchestra was gathered hastily, and soloist Maria Joedina (picture) was dragged out of bed to perform the concert once more. A single record was made of this recording, which was also on Stalin’s recordplayer on the night of his death. When Joedina recieved the Stalin award, he asked her what she would do with the prize money. "I will give it to the Mother Church to pray tirelessly for the forgiveness of your sins", she replied. A CD was made of the matrix, so that you can now listen to Maria Joedina and the USSR State Radio Symphony Orchestra with conductor Aleksandr Gauk.

Born in Petrograd in 1919, Galina Oestvólskaja (picture on the right) has a unique place in the history of Russian music. She was a pupil of Dmitri Sjostakovitsj at the conservatory, but not only did she deny any influence from him; she also declared not to have any respect for him as a human being or an artist. Their relationship was considerably intimate for a time and fed all sorts of speculations. Oestvolskaja canonized the own oeuvre to 25 works and had very high demands for the performance. In the Netherlands, she built up a special relationship with the Schönberg Ensemble and Reinbert de Leeuw. Performances at the Holland Festival were sometimes more like a religious ritual. Her first, oldest work is the piano concert from 1946, which she composed when she was still at the conservatory with Sjostakovitsj.
On 5 March 1946, Churchill held his famous Fulton speech in Missouri, in which he introduced the term "Iron Curtain". It was behind this ‘curtain’ that Stalin’s right-hand man Andrej Zjdanov decreed the Zjdanov doctrine for the arts in August 1946. So far as the war had interrupted the Great Purge, the thread was picked up again with renewed elan. The opening attack was aimed at Anna Achmatova and Michail Zosjtsjenko, of whom all works and performances were forbidden. Two years later, it would be the music’s turn; more on this in the next Earwitnesses.
The Sixth Symphony of Sergej Prokofjev, regarded as the downcast sister of the jubilant Fifth, was an elegy at the tragedies of the Great Patriotic War. The composer said: "We are celebrating our great victory, but each of us took wounds that cannot heal. We have lost loved ones as well as our own well-being; we must not and cannot forget that". The works would be forbidden with the second Zjdanov decree in 1948. Conductor Jevgeni Mravinski was a witness of the work appearing in the artists dacha in Nikólina Gora, and claimed the right to premiere the work. He did so with the Leningrad Philharmonic Orchestra on 11 October 1947. It would be Prokofjev’s final public success in his home country.
To round off, Vadim Kozin sings “I so love looking you in the eye”.
1. “Autumn” (Осень; 1939).
Vadim Kozin, tenor.
Kismet Record Company Последний концерт RCD 28201.
2.Sergej Sergejevitsj Prokofjev (1891-1953).
Sonata for violin and piano in f kleine terts, opus 80 (1946): 1) Andante assai, 2) Allegro brusco, 3) Andante, 4) Allegrissimo (opname 1.1.1946).
David Oistrach, violin, Lev Oborin, piano.
Brilliant Classics 9056 / 100th Birthday Edition David Oistrakh.
3. Wolfgang Amadeus Mozart (1756–1791).
Piano concert no. 23 in A, KV 488: 1) Allegro, 2) Adagio, 3) Allegro assai.
Maria Joedina, piano, USSR State Radio Symphony Orchestra led by Aleksandr Gauk.
Nasledije Marii Joedinoj tom 11, Vista Vera VVCD-00087.
4. Galina Oestvolskaja (Гали́на Ива́новна Уство́льская; Petrograd, 17.6.1919 – Petersburg, 22.12.2006).
Piano concert (1946).
Sergej Salov en de I Musici De Montréal led by Joeli Toerovski.
Analekta AN 2 9898.
5. Sergej Sergejevitsj Prokofjev (1891-1953).
Symphony no. 6 in es, opus 111 (1947): 1) Allegro moderato, 2) Largo, 3) Vivace.
Broadcasting Symphony Orchestra Moskou led by Gennadi Rozjdestvenski.
Melodija MEL CD 10 01797.
6. “I so love looking you in the eye” (Я так люблю глядеть в твои глаза; 1941).
Vadim Kozin, tenor.
Kismet Record Company Последний концерт RCD 28201.