Radio Romantica will be covering the Munich composer Joseph Rheinberger on 27th November. As a professor of composition in Munich, he played an important role in the second half of the 19th century in the musical life of Munich, Bavaria and surrounds. In Rheinbergers Cantus Missae for double choir a-cappella and his Requiem in d, written a year before his death in 1901, melancholy is never far away. 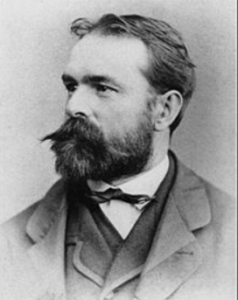