On 4th June 1968 Anna Cramer passed away. 95 years old. No family, no posessions apart from a suitcase locked away in a bank vault. On 22nd September Evert Jan Nagtegaal will be devoting a special edition of Die Sanck een Liedt to Anna Cramer, one of the most enigmatic composers the Netherlands has ever known.

Anna Merkje Cramer was born in Amsterdam on 15th July 1873, with a father who combined an office job with making oil. We know little more: we know almost nothing about Anna’s youth or the rest of her life. Only with the publication of the biography ‘Mythe en werkelijkheid’ in 1999 by Jeanine Landheer, some of the many gaps in the picture were filled.

Who was Anna Cramer?
Around her 20st Anna Cramer was working as a maidservant and in 1895 she started studying at the Amsterdam Conservatorium. She got her diploma after only 2 years (!) and left for Germany, firstly for Berlin and later Munich, before landing in Vienna in her mid-20’s.

Anna Cramer had little contact with other composers. She didn’t correspond, let herself be seen or photographed so she isn’t mentioned in the accounts of her contemporaries or in the archives of the towns in which she lived. We have her music, songs which you could call German Late Romantic, and which have their own language. She must have felt a kindred sipirit to Wagner, Strauss, Mahler en Wolf. She was, and remains an outsider, though she was a child of her time.

Succes and psychiatry
When Cramer goes to Vienna in 1925 she’s already in her 50’s. There she met the opera singer and text writer Walter Simlinger. They worked together and composed new songs, a one acter and even an opera. Everything seemed to be going well until money problems arose. Anna’s mother regularly sent money, but that stopped and Anna couldn’t pay the rent. After she threatened to throw herself into the Danube she was forcibly placed in a psychiatric clinic. 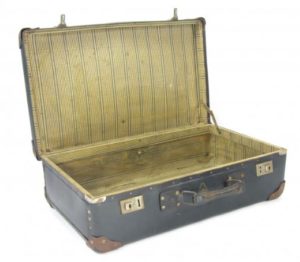 Back in Amsterdam
After the death of her mother Anna Cramer returned to Amsterdam. What she did there is not known, and she had virtually no contact wih anyone. She was busy revising her songs. In 1958 she put all her carefully sorted compositions into a suitcase which disappeared into a bank vault at the Nederlandsche Handelmaatschappij.

After she was discovered dirty and neglected in 1960 in her house, Anna went to a nursing home for demented seniors in Blaricum. And there she died, 95 years old, on 4th June 1968. No family, no possessions, except the suitcase with her compositions. That reached the Haags Museum, waiting for rediscovery, which eventually came, rescuing the mysterious Anna Cramer from being forever forgotten.