100 Episodes of Kairos: a talk with Programmer Wino Penris 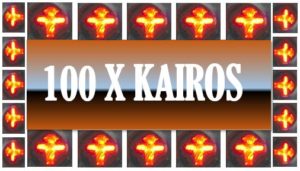 Thursday November 1 at 23.00, The Concertzender broadcasts the 1OOth episode of Kairos. The programme’s compiler, Wino Penris, calls Kairos ‘a meditation on contemporary music’.

Kairos episodes seem to be some sort of musical essays. How did you get that idea?
The idea simply occurred to me. At first, I had a profile in mind of the sort of music I wanted to use. The profile itself was limited to terms like ‘contemporary, spiritual, profound’. As my experience grew, I began choosing the music more and more intuitively. And it turned out that much more was possible that way and that the programme formulated its own theme. If I only took care to hear it.

And the name Kairos?
Kairos is one of the two words for time from the Ancient Geeks. Kronos is Time in its ongoing, hasty form, the sort of time we always seem to be lacking. Kairos is Time stilled, the sort of Time of which there is an abundance, if we care to find it. Meditation is an effective means to find Kairos. I try to evoke that meditative spirit, through music and, occasionally, through stories and poems.

How do you compile a Kairos episode?
I’m always ‘hunting for music’. When I hear something I like, I try to get that music. I also get lots of suggestions. Musicians send me things. At some point, I get down to it. Starting with the opening tune and a chaotic pile of CD’s and hard disks filled with music. You should see my studio! Most often, I take a CD from a pile, knowing instinctively that it contains the right track. I add it to the tune. And I proceed, without any fixed plan: if I start contemplating what to add next, things will go wrong. Sometimes I don’t make an progress. It might take up to two days before I’ve found what to add next. But more and more, I feel that the tracks lead to one another. I a no more than the assistant who puts everything in the computer.

Do you only use prerecorded tracks or found footage as well?
I love it when producers send me their own music. Sometimes, their recordings are made using a mobile phone of cassette player. If I like what the sent me, I try to improve the recording quality up to the level that allows it to be integrated in an episode. On holidays, I take my own devices, recording all sorts of sounds. A few years ago, there was a Turkish wedding across the street, with a band playing traditional Turkish wedding music. I recorded it, and used it in an episode. I then invited the couple to come an listen. They found it very interesting. Also, I mix different sounds through music, occasionally playing things on my keyboard so as to bridge two pieces together that are in different keys.

How does you audience react to Kairos?
I get a lot of positive reactions, from people that are touched by the music or the theme. Some say Kairos helps them to acquiesce, which also might have to do with the broadcasting time! I love it when people say they get ‘in a flow’, since that state of mind comes close to Kairos. My friends and family sometime sdon’t know what to make of Kairos. The listen to it one time – so as to get over with it- and say ‘interesting!’ of ‘different!’, continuing by: ‘You want another coffee?’ And I hear them thinking:’Wino has always had a peculiar trait. Oh well..

Apart from Kairos, which Concertzender programme do you listen to yourself?
To me De Gehoorde Stilte is the most beautiful radioprogramme that I know. I also listen to Oriënt Express, X-Ray and X-rated, American Highways, Vrije Radicalen or Dreamscenes. But I sometimes linger at programmes about Ancient Music or Jazz, too. My musical taste is really broad, encompassing much more than the music I play during Kairos.

Which episode of Kairos is particulary dear to you?
As a rule: the last one I’ve made is the one dearest to me. Allthough I made a couple of episodes that reflect on personal stories and events such as the death of relatives or friends. Those are very precious to me too.

100 episodes of Kairos. What does that mean to you?
I’ve made the 1ooth episode in exactly the same manner as the other 99. Allthough I think this one is the best episode yet. But again: that’s what I always say. To tell you the truth, the 100th episode is no more special than the others. When I started Kairos, I foresaw making around twelve episodes, never suspecting that it would be so captivating…I find it hard to believe!