Baroque on the Lek | Concertzender.nl :: Radio

Baroque on the Lek

In Concertzender Live on 11th November we’re broadcasting three recordings from a new Dutch baroque festival: Baroque on the Lek. This festival was about Italian baroque music.

A new baroque festival took place in Culemborg between 24th and 27th February: Baroque on the Lek. Because in Culemborg there is a special orphanage and a lot of baroque specialists live in the town,  this festival’s theme was Italian music for the poor and orphans.

Six concerts were given in three historic churches in the centre of Culemborg, featuring Italian baroque music primarily from Naples and Venice.
They were performed by young professional musicians specialised in historically accurate performances of baroque music and Culemborg baroque specialists. 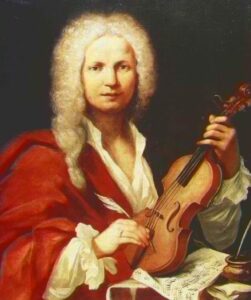 Central in the first concert, ‘Motets from the Red Priest’, are three soprano motets from Antonio Vivaldi, the ‘red priest’. They were performed by among others Tinka Pypker – soprano and Henriëtte Wirth – harpsichord and organ.

The second concert was called ‘Italian winds’, with  sonatas and trio sonatas from Venice by Lotti, Besozzi and Hasse. Wind instruments such as the traverso and bassoon are prominent. Musicians: George Williams, traverso, Bernat Gili, bassoon and Anders Muskens, harpsichord.

The last recording is of the ‘ An exile in Venice in Venetië – Vocal and instrumental music by Rosenmüller andn Legrenzi’.
After his escape from prison the German composer Rosenmüller spent most of his exile in Venice, where he worked as composer in the Ospedale della Pietà.
Legrenzi was at that moment one of the most influential Venetian composers. A special instrument in this concert is the zink. The sound of this instrument is the closest of all to the human voice.
Performers are among others tenor Pablo Gregorian and Elisabeth Opsahl on the zink (cornet).