In Concertzender Live on Thursday 3rd November (20.00 ) we’re broadcasting 2 recent recordings from 2016. Soprano Anna Prohaska with Dido and Cleopatra and the Fabulous Fringeconcert by the Castello Consort. This recording is our first broadcast from the 2016 early Music Festival.

The Austrian soprano Anna Prohaska has sung many tragic heroine roles. Prohaska loves strong characters with a flaw. Loves drama, minor keys, and above all death scenes. All of these elements, but also fun and seduction come together in the programme Dido and Cleopatra.

This concert took place on 27th September 2016 in the Concertgebouw in Amsterdam.

On the programme  are early Sonatas by Castello, Mariani, Frescobaldi, Legrenzi, Nicolai and Cima.

Here is the playlist. 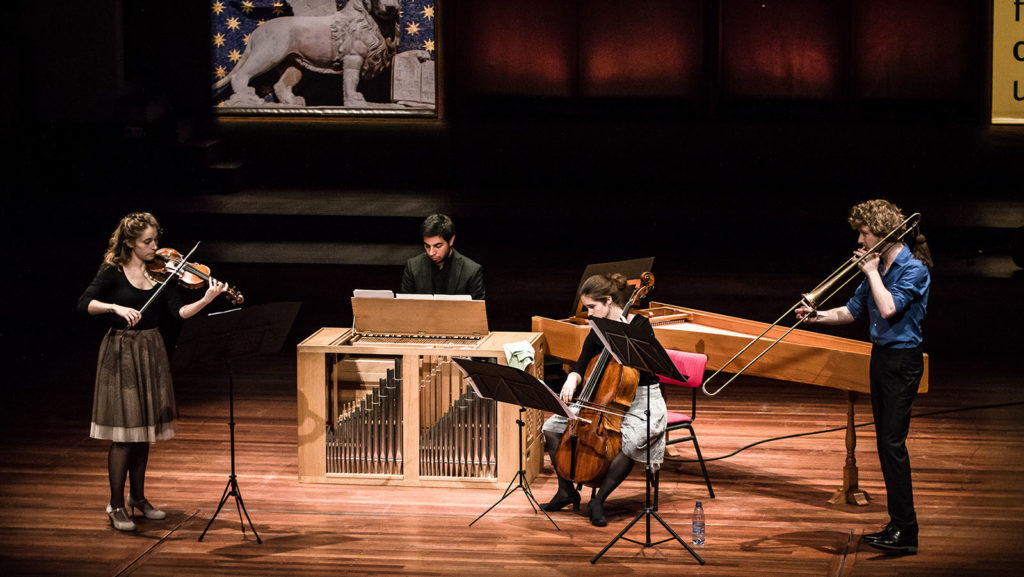