On Thursday 25th October we’re kicking off  with the first concert recordings of the Early Music Festival 2018 in Concertzender Live! We start wth the concerts by the Huelgas Ensemble and Hamburger Ratsmusik, both made on 26th August 2018 in Utrecht.

Recently a book was published called ‘The Landscape of the polyphonists – The World of the French-Flemish 1400-1600’, by Paul van Nevel. On Sunday 26th August Van Nevel and the Huelgas Ensemble played a concert illustrating that book. Central thesis: the imitation style of the Renaissance arose from the experience of the regional landscape during the composers childhoods. 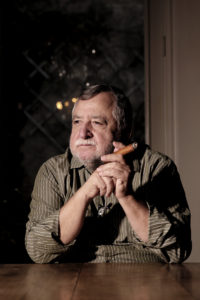 The Huelgas Ensemble played works by Busnoys, Mouton, Liebert, Ockeghem, Desprez, Gombert en De Févin. During the performances landscapes were projected where the polyphonists spent their childhood. It was obvious that the landscape made an impression on their emotional and musical development. 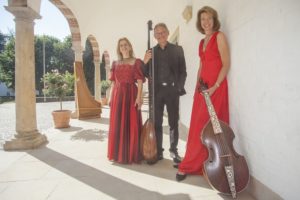 The pardessus de viole is the smallest member of the gamba family. The instrument played a leading role in the chamber music programme for luxurious salons in 18th century Dijon. The pardessus was very popular in the 18th century. It’s range was comparable with the violin, so that violin music could be played. That contributed to its popularity and encouraged composers such as Monsieur Hugard and Charles-Henri Blainvillee to write independent compositions for the pardessus from 1725 .

In this concert Hamburger Ratsmusik play a number of works written for the pardessus de viole . All the string instruments (pardessus, basgamba, theorbe and baroque guitar) are original instruments.