In Early Delights on 19th July (at 15.00 ) we’re playing music by French baroque composers who often wrote in the keys of G major or minor.. According to harpsichordist Rebecca Maurer they did this in honour of the Sun King Louis 14th, because G means “Sun“. Whether it’s true or not, it’s certain that the keys G and G minor were used a lot, because they had a sort of “ Royal “ character and lots of instruments sounded at their best in these keys.

We’re playing harpischord music by among others Louis Couperin, Joseph-Nicolas-Pancrace Royer and Jean Henry d’Anglebert. The last-named served the Sun King for 29 years. 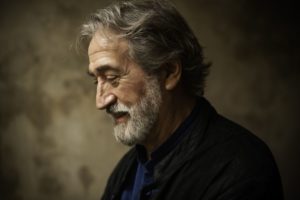 Music for the Sun King’s court can also be heard in the Series Jordi Savall, on Sunday 26th July at 16.00 . Savall made many cd’s devoted to this majestic baroque musi, such as L’Orchestre du Roi Soleil, Le Concert Spirituel and Les Grandes Eaux Musicales. Savall conducts his baroque orchestra Le Concert des Nations.