In Concertzender Live on Friday 13th September we’re broadcasting recordings from the  International Luitdagen 2018 in Utrecht. 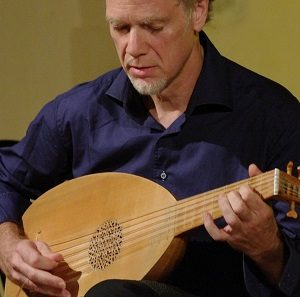 We start with the The Modena Consort with their concert ‘Burgundian Consort(s)’. The ensemble is playing in an unusual  combination: soprano, four renaissance-traverso’s and a lute duo.
The programme consists of Burgundian music from the late 15th and early 16th centuries.

Finally we’re playing the first part of the concert by The European Lute Orchestra led by Gian Luca Lastraioli, which took place in the Geertekerk in Utrecht. The programme consists of German, French, English and Italian suites from the 16th and 17th century.