Bach ad Infinitum from April 27 to May 1 has a regal bearing and features a number of performances of Das Musikalisches Opfer. 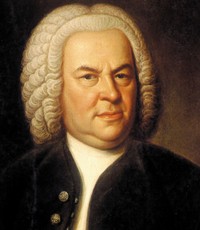 Bach based this collection of canons, a ricercar and a sonata on a theme that was composed by Frederick the Great, the king of Prussia.  It is one of the highlights from the final period of Bach’s oeuvre.

On King’s Day (Monday 27 April) you can hear this work performed by il Gardellino led by Jan de Winne, on Tuesday 28 April by the Guitarte Ensemble, on Wednesday 29 April by Ensemble Aurora,on Thursday 30 April by the Ensemble Schönbrunn and on Friday 1 May a historic recording led by Gustav Leonhardt.