Remake of a Venetian coronation mass

In The Early Garden on Sunday 7 January at 16:00 CET you can listen to a remake of a Venetian coronation mass that took place in the San Marco in 1595. 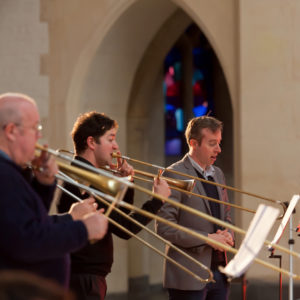 This is a speculative reconstruction of the liturgy for the inauguration of Marino Grimani as Doge, that took place on 27 April 1595 in the San Marco in Venice.

The reconstruction begins with atmospheric church bells, followed by festive horns, organ, Gregorian chant and the texts of the mass written by Andrea en Giovanni Gabrieli.

A New Venetian Coronation offers new insights into the reconstruction from Paul McCreesh. In fact it is a remake of the remake.