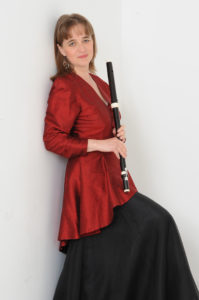 Telemann Solo’s: Fantasia’s voor Fluit
The 12 Fantasia’s for flute by Georg Philipp Telemann are wonders of finesse, variation, contrast en invention. Each Fantasia gets another key and so each work has a different atmosphere. An excellent chance for the flute to show itself in ever new colours.
You’ll hear the Brit Rachel Brown on traverso.

Both recordings were made in the Hertz hall at TivoliVredenburg in Utrecht.

Here’s the playlist in the programme guide.