On Thursday 28th July in episode 6 of On Cloud Nine we’re covering Música Temprana and its latest CD “Melancholía”. This Dutch group will be performing at the forthcoming Early Music Festival in Utrecht.

This CD delves into the 16th century music books of the “Cancionero Musical de Palacio” and the “Cancionero Musical de la Colombina”. These are the most important sources of the global repertoire of villancico’s and other song and dance forms of the period. In addition they contain religious works such as a polyphonic version of the verse “Juicio fuerte será dado”, “A hard judgement will be given”. 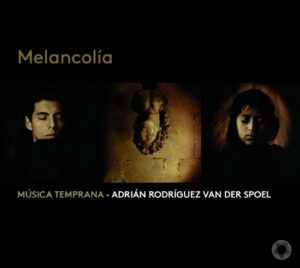 This verse can now be traced to a much older work: “El canto de la Sibila”. This liturgical song has its roots in the fifth century. More precisely: a poem that church father Augustine included in his writings “De haerisibus”, “About the chains”. In that work the poem can be found from the pre-Christian Greek-Roman prophetess Sibyl, which describes the Coming of the Redeemer at the End of Time. You can see her portrait in the Sistine Chapel in Rome.

The Carthaginian Bischop Quodvultdeus included this poem in a long sermon to convert the heathens and encourage early Christians. This sermon found its way over centuries into Southern European churches. Hence the tradition of the “Song of the Sybil”, a description of the Last Judgment which was included in the pre-Christmas night mass liturgy.

Because a woman was not permitted to sing in church, the song was sung by a boy dressed in liturgical robes who held a sword on high during the song. People felt there had to be some threat; The End of Time was at hand! The chorus “Iudicii signum tellus sudore madescet”, “Sign of the Times: the earth shall bathe in sweat” has become reality under the current climate change.

The Latin text was usually translated into the local language, so there are Spanish, Catalan and Sardinian versions of the song. After the Council of Trent it was banned for a while on Majorca, but a single-minded bishop realised what appealed to the church goers and lifted the ban a few centuries later.
Adrián Rodriguez van der Spoel and his Música Temprana recorded a lovely polyphonic version in this CD, which received fulsome reviews:

“ If we can describe a high point in the light of so much pure beauty, it is the six part, alas anonymous ‘El Canto de la Sibila’. Its almost unearthly character is truly breathtaking.” (Aart van der Wal in Opus Klassiek).

Listen in On Cloud Nine to the song which was recognised by Unesco in 2010 as World Heritage and experience the spirituality of the Middle Ages.

Here on YouTube there are some amateur recordings of performances, one of which including the wonderful voice of a very young Carles Prat stands out for me.